How to Set Up Solitaire 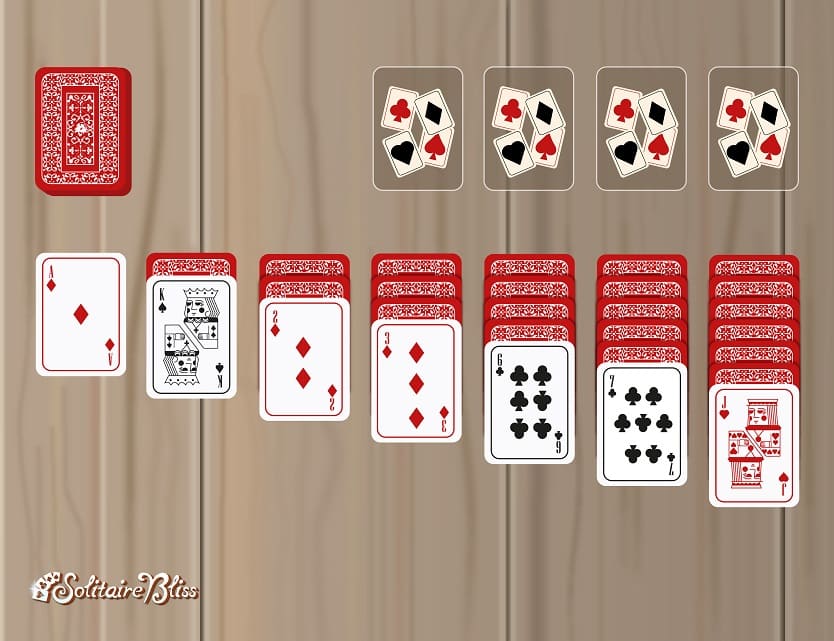 Classic Solitaire, also known as Klondike Solitaire, is a popular single-player card game with several variations. This post shows you the step-by-step process for setting up Classic Solitaire while introducing basic Solitaire terms, moves, and variations to get you ready to play. To start playing the Solitaire card game, you just need a standard deck of cards (or the electronic version) and yourself!

Step 1: Deal seven cards in a row with the first facing up.

After shuffling a deck of 52 cards, begin a Solitaire round by creating the initial tableau: Deal seven cards in a row from left to right with the first card face up and the others face down. You should then have a row of seven cards across, with only the card on the far left facing up. These seven cards form the basis of your columns. 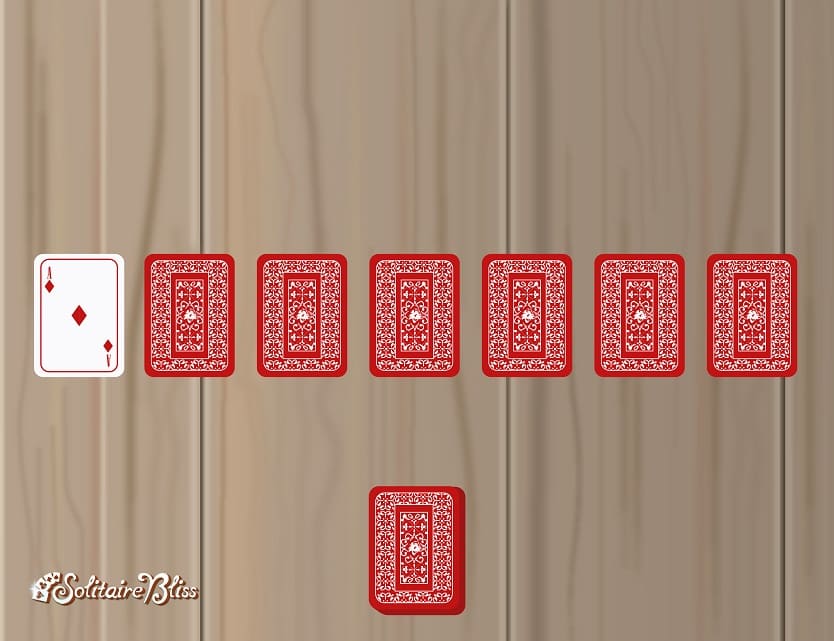 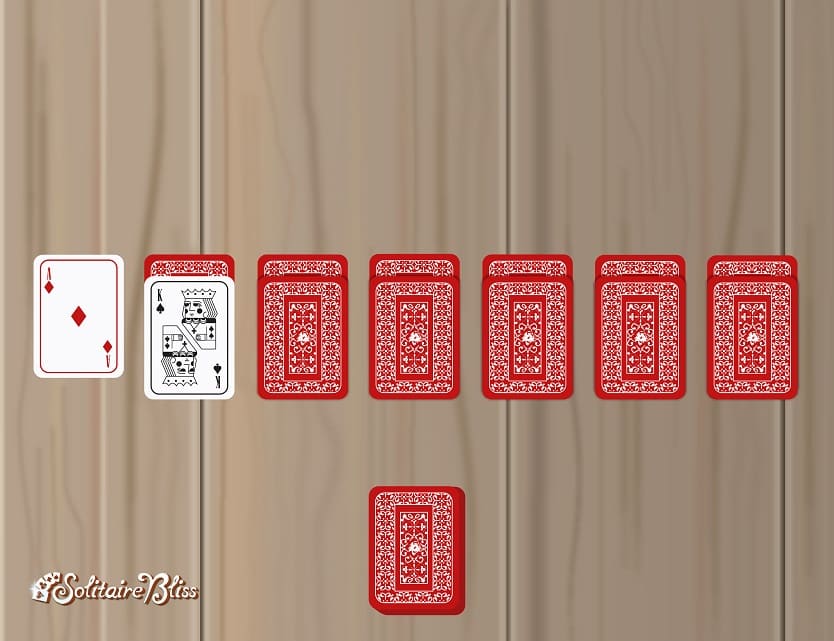 Skipping the first and second columns, deal one face-up card on the third pile and then one face-down card on piles four through seven. After dealing this round, you should have three columns topped with face-up cards and four columns of face-down cards. 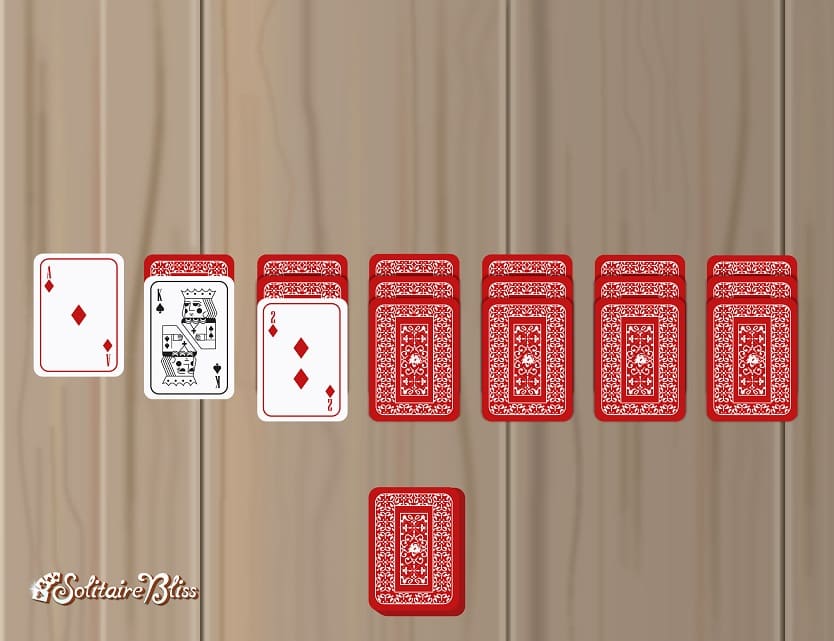 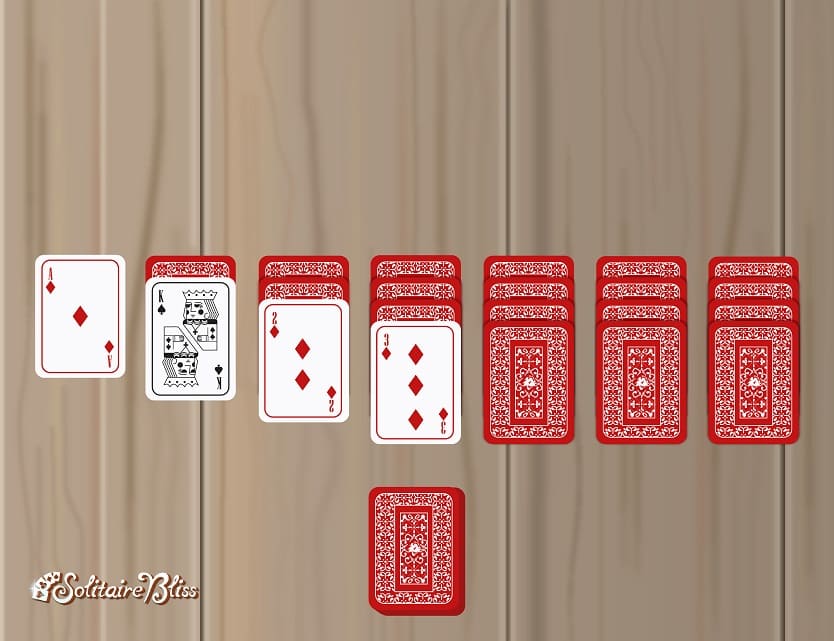 Beginning with the fifth column, deal one face-up card followed by a face-down card on columns six and seven. After this deal, you should have five columns topped with face-up cards and two columns of face-down cards. 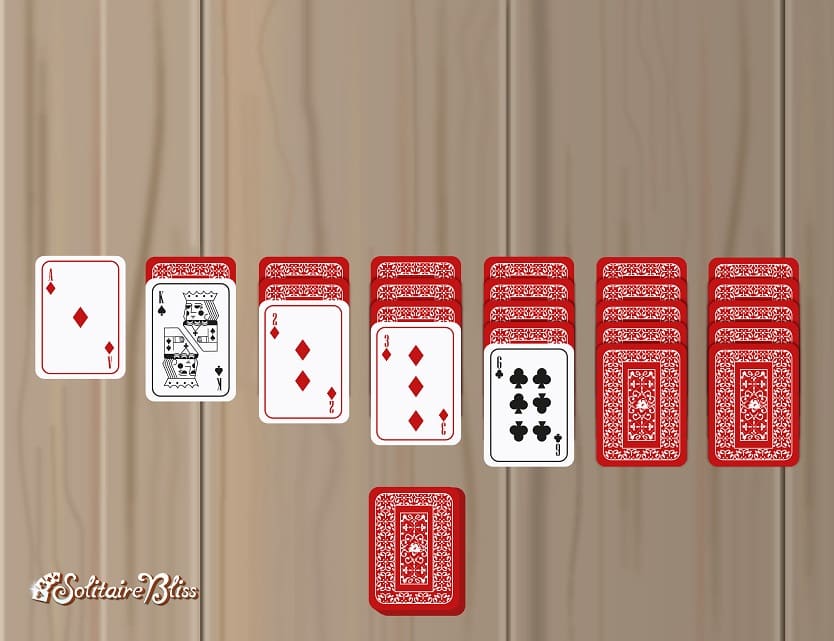 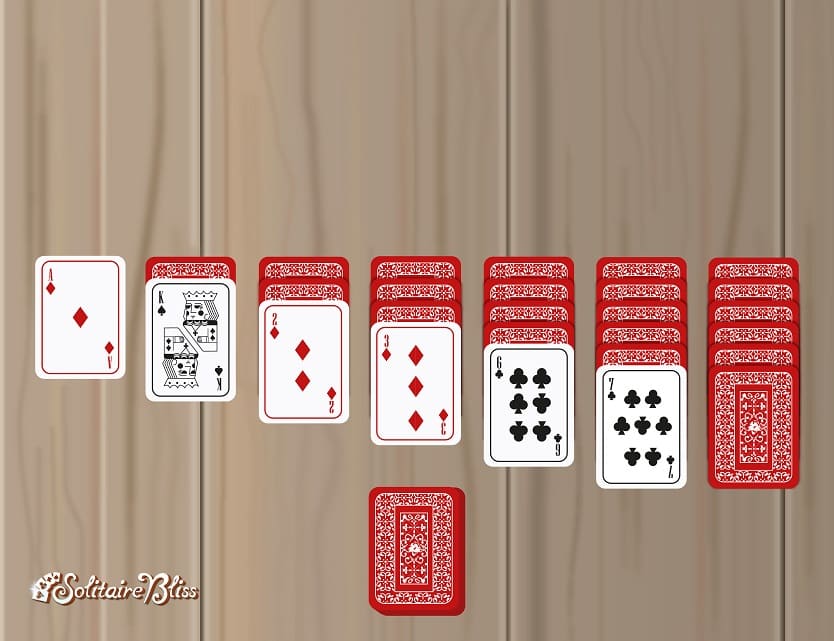 To finalize your tableau, deal the last card face up on the seventh column. At this point, you should have an upside-down staircase towards the right, with each column one card longer than the column to the left and with each column having a face-up card visible. 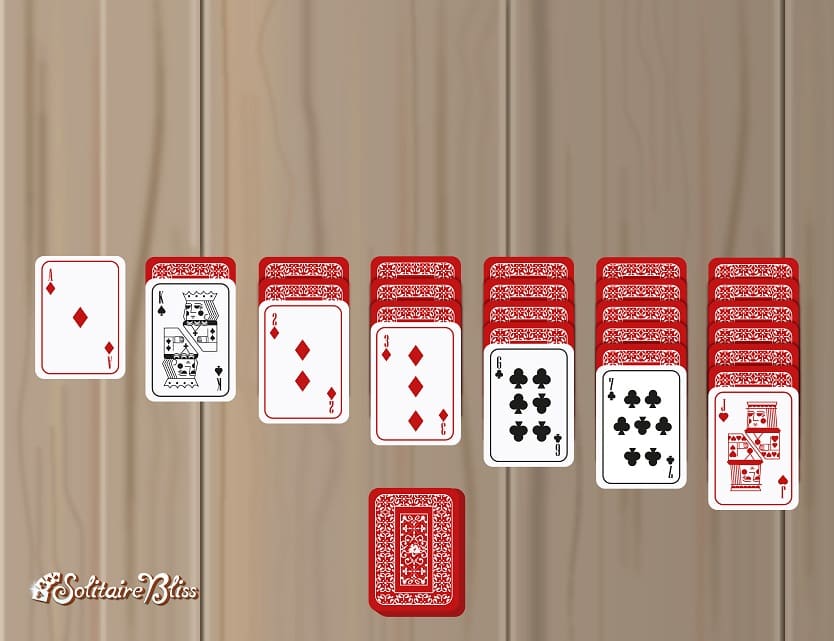 Step 8: Place the stockpile above the tableau.

The 24 cards that remain after you set up your tableau constitute your stockpile. Place the stockpile in a stack above the tableau on the left-hand side. During the course of the game, you will draw cards from this stockpile and attempt to play them in your Solitaire tableau or on foundation piles. When you can no longer play a card from the stockpile, you may place it face up in the waste pile to the right of the stockpile. 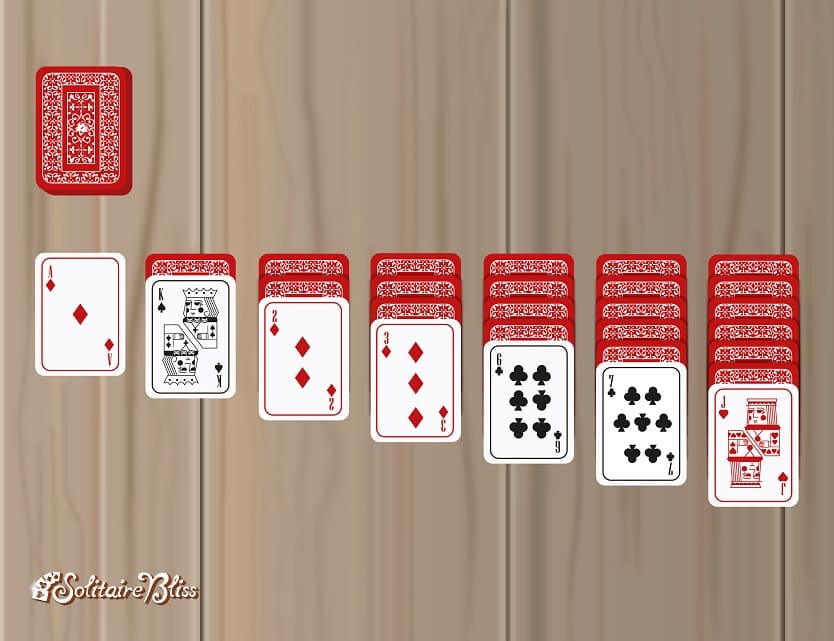 Step 9: Create a space for your foundation piles.

Create a space—generally above the tableau and to the right in Classic Solitaire—for your foundation piles. You need room for four piles of cards, one for a foundation pile for each suit. Eventually, you will have two red piles (hearts and diamonds) and two black piles (clubs and spades). 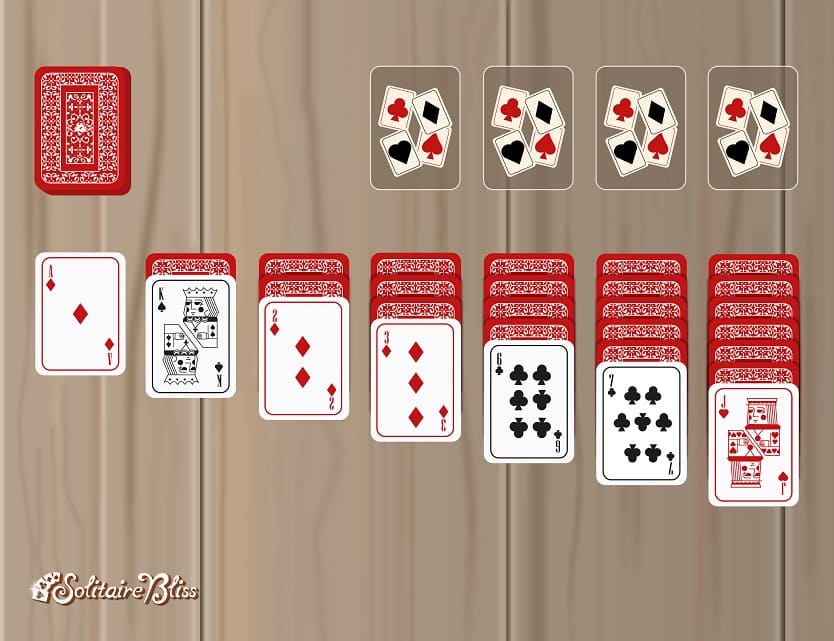 As soon as you set up your tableau, you can start moving your playing cards by following these Solitaire rules and strategies:

Set up for popular Solitaire versions

The possible versions of this famous single-player game are limited only by the imagination—by some estimations, over 500 Solitaire variations already exist. We’ve listed the most popular Solitaire games below, along with how the card layouts may differ from Classic Solitaire:

Now that you know the layout and some of the basic moves for Classic Solitaire, you’re ready to get started. As you become familiar with the many different ways to play Solitaire, you can try different versions and pick the one you like to play the best.