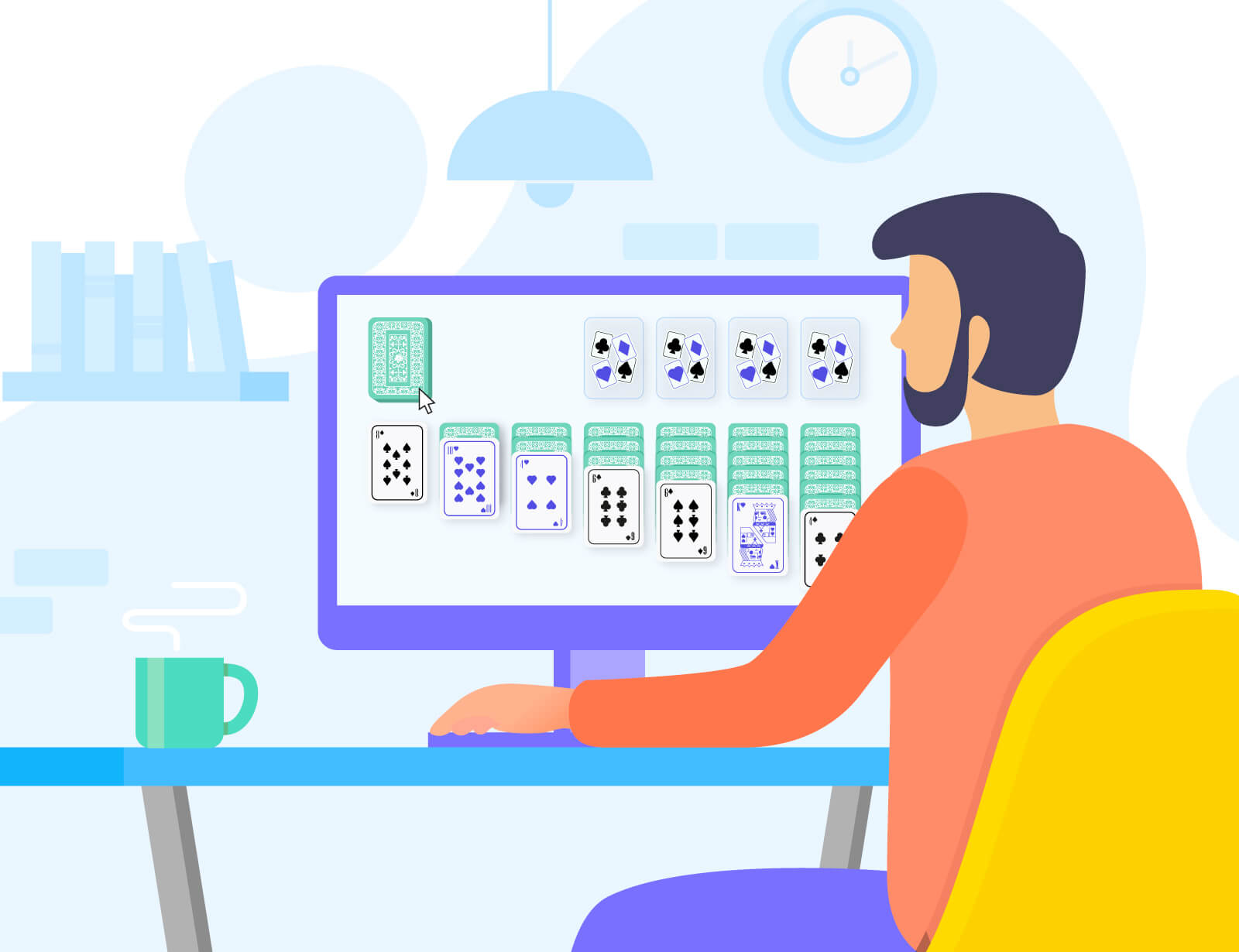 Even the most dedicated Solitaire players get the urge to try something new. Thanks to dozens of Solitaire variations, you can change things up without leaving your favorite single-player card game behind. This article explains the various Solitaire card games that you can play directly on SolitaireBliss’s website.

Get step-by-step instructions on how to play different types of Solitaire games, including Classic, FreeCell, Pyramid, Golf, Yukon, Forty Thieves, Spider, and Canfield.

When you mention the game of Solitaire, most people think of Classic Solitaire (also known as Klondike Solitaire). Using one standard deck of playing cards, this original version of Solitaire aims to get all of the suits (hearts, diamonds, clubs, and spades) by placing cards into their foundation piles from ace to king. 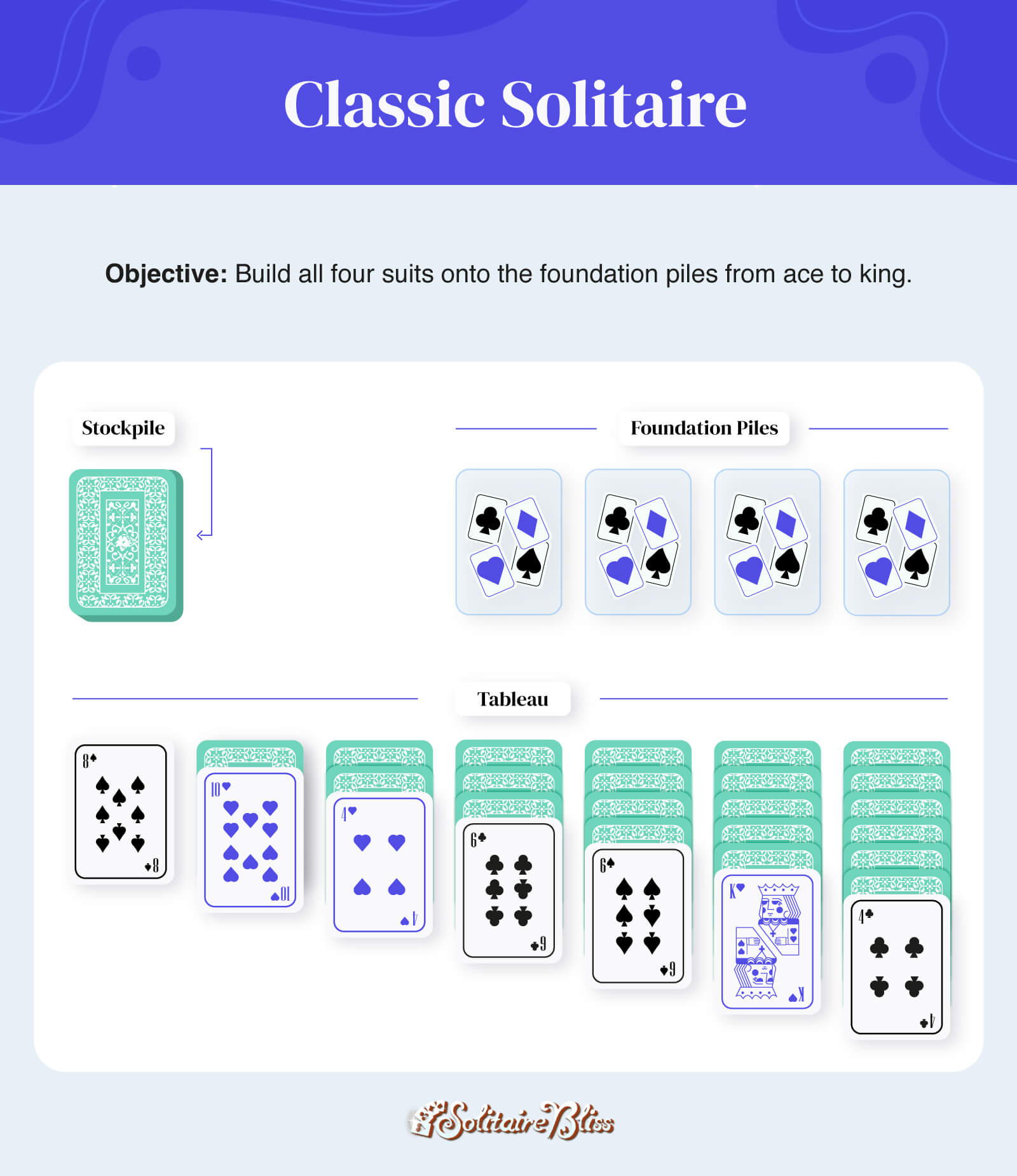 A very winnable version of Solitaire, FreeCell also uses a single standard deck of cards and requires building up the four foundation piles by suit (from ace to king) to win. Two major differences characterize this variation: the main tableau consists of eight columns rather than seven and all cards face up. 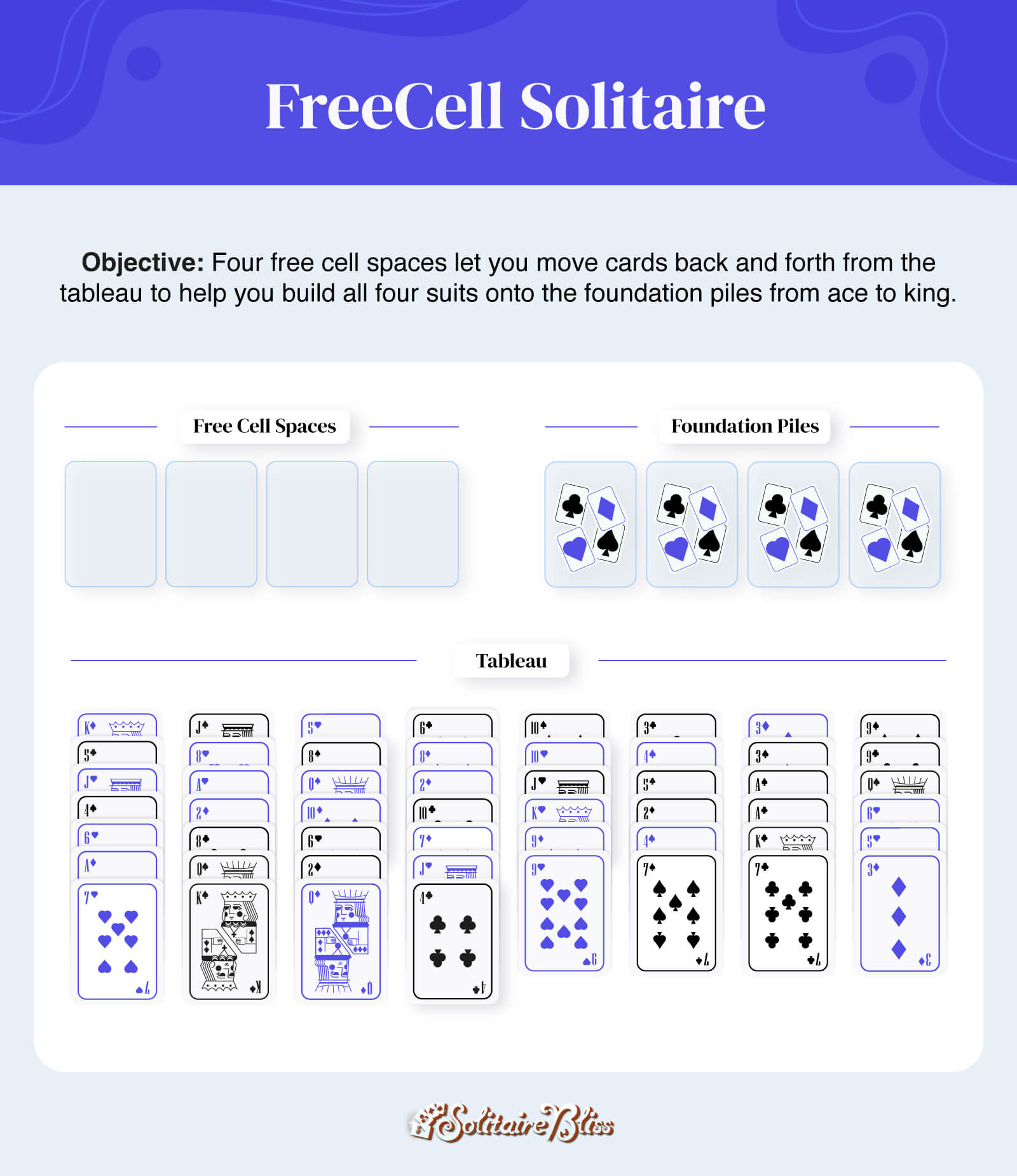 Although Pyramid Solitaire also requires a single standard card deck, the tableau and game rules are quite different. To create the pyramid layout that characterizes this variation, deal one card face up at the top, followed by two face-up cards slightly below (but overlapping the first row), and so on until there are seven rows of face-up cards making a pyramid. The rest of your cards form your stockpile from which you can draw at any time during gameplay. 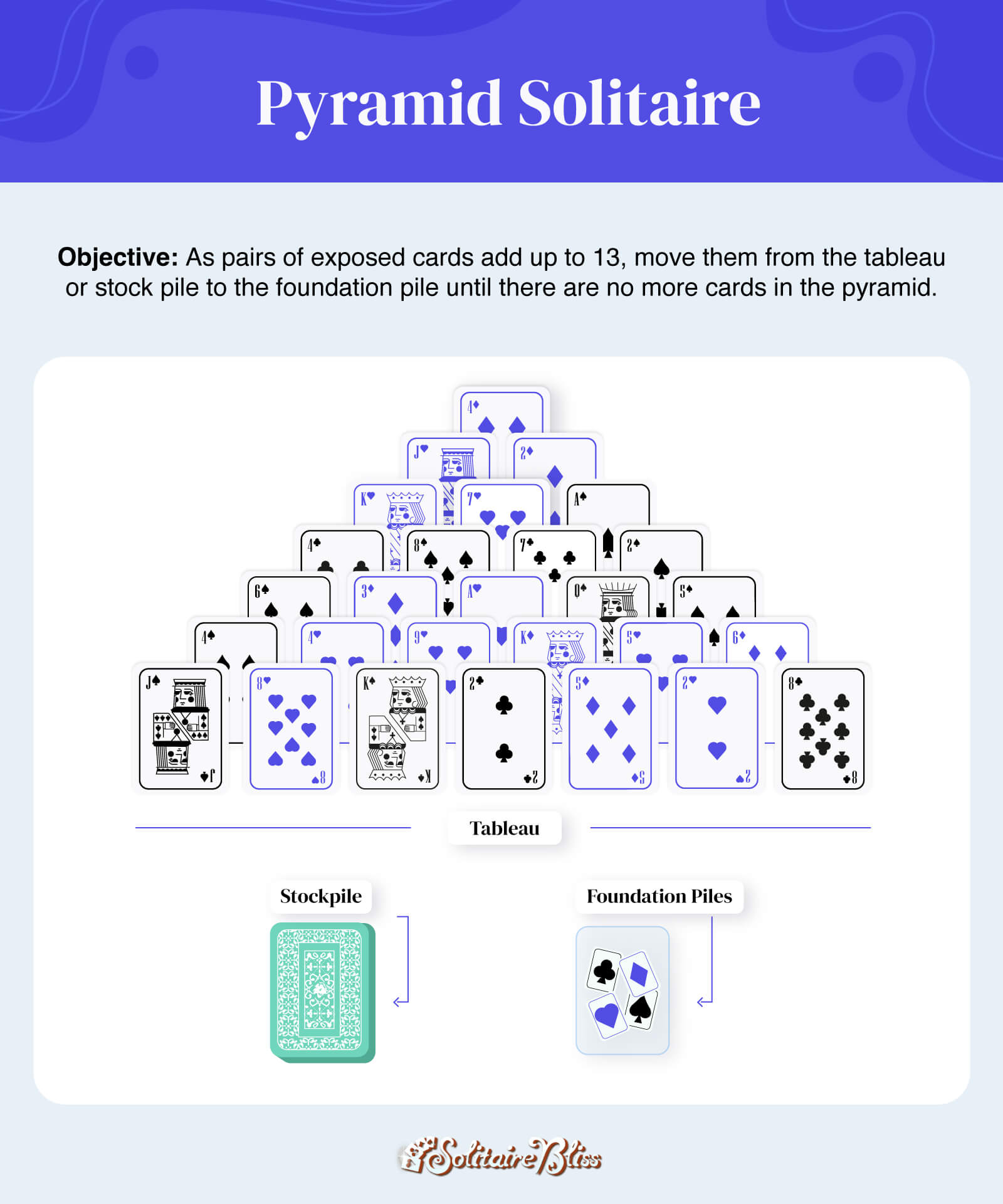 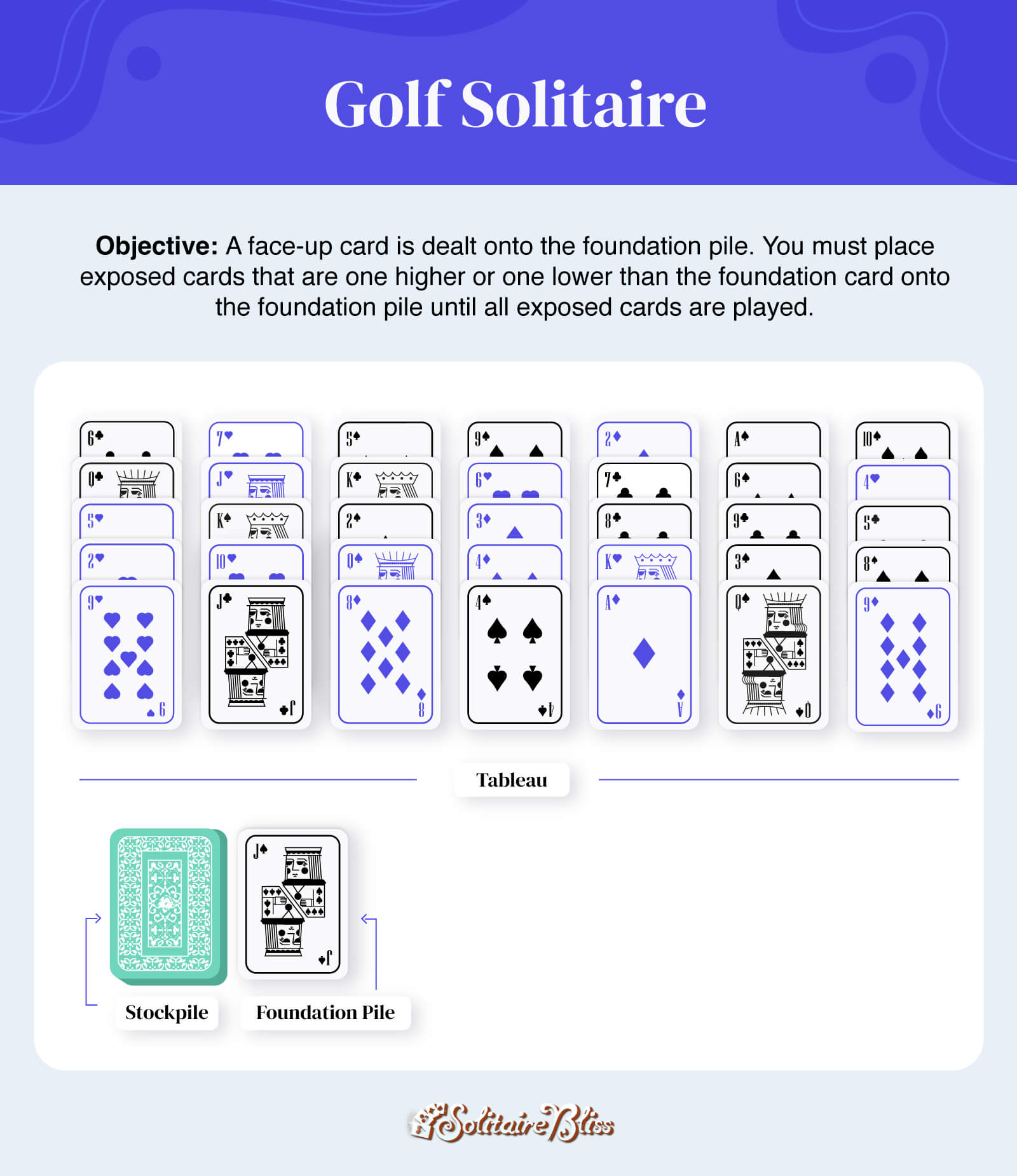 Yukon Solitaire appears similar to Classic Solitaire, except that instead of having a stockpile, the remaining 24 cards go into the seven columns in the tableau—most of them face up. To win, you must build up the four foundation piles from ace to king by suit. 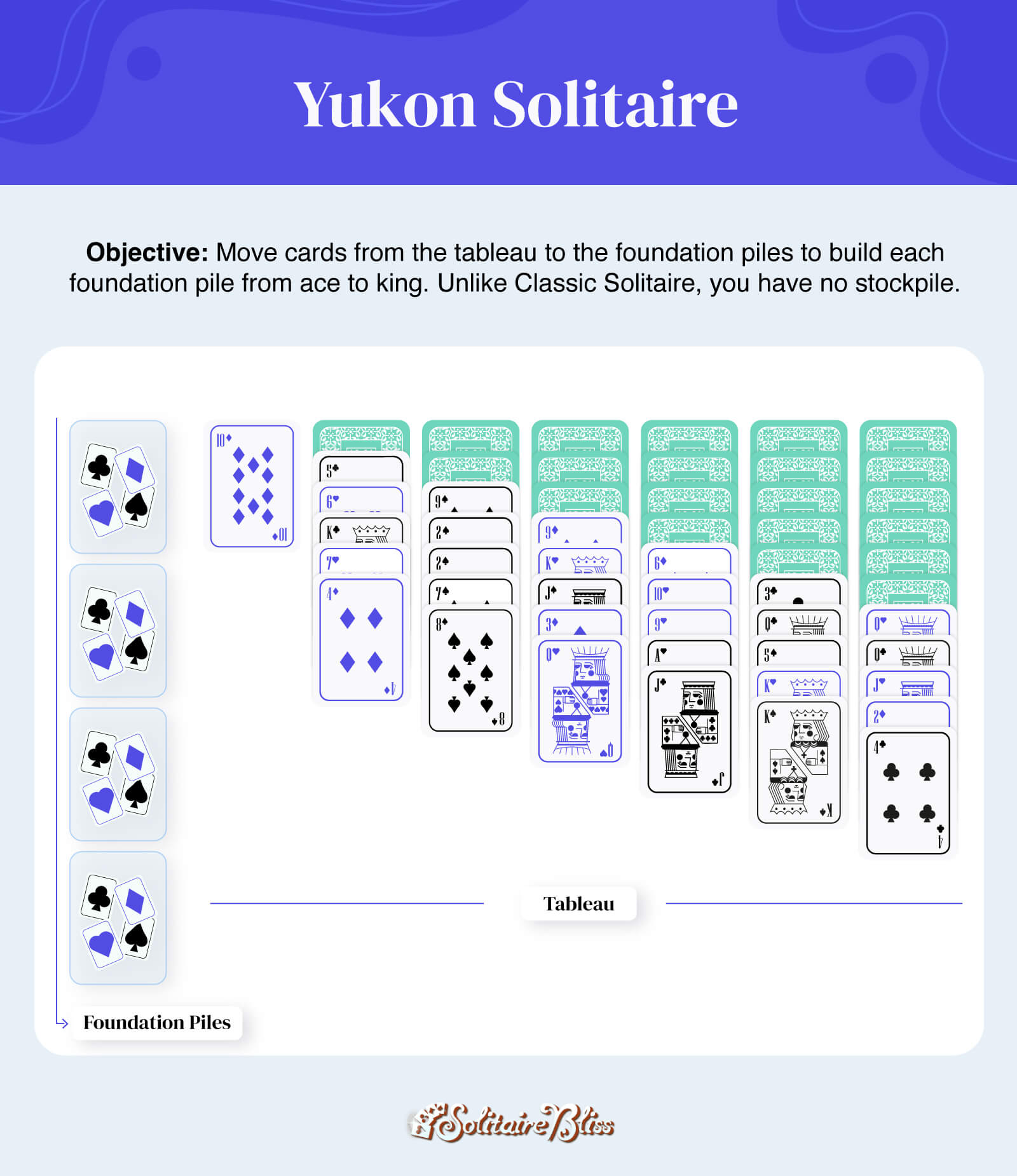 Involving two standard decks of cards, Forty Thieves Solitaire gets its name from the 40 cards dealt into the tableau—10 columns of four cards each. To win Forty Thieves, you must build all eight suits into the foundation piles in ascending order from ace to king. 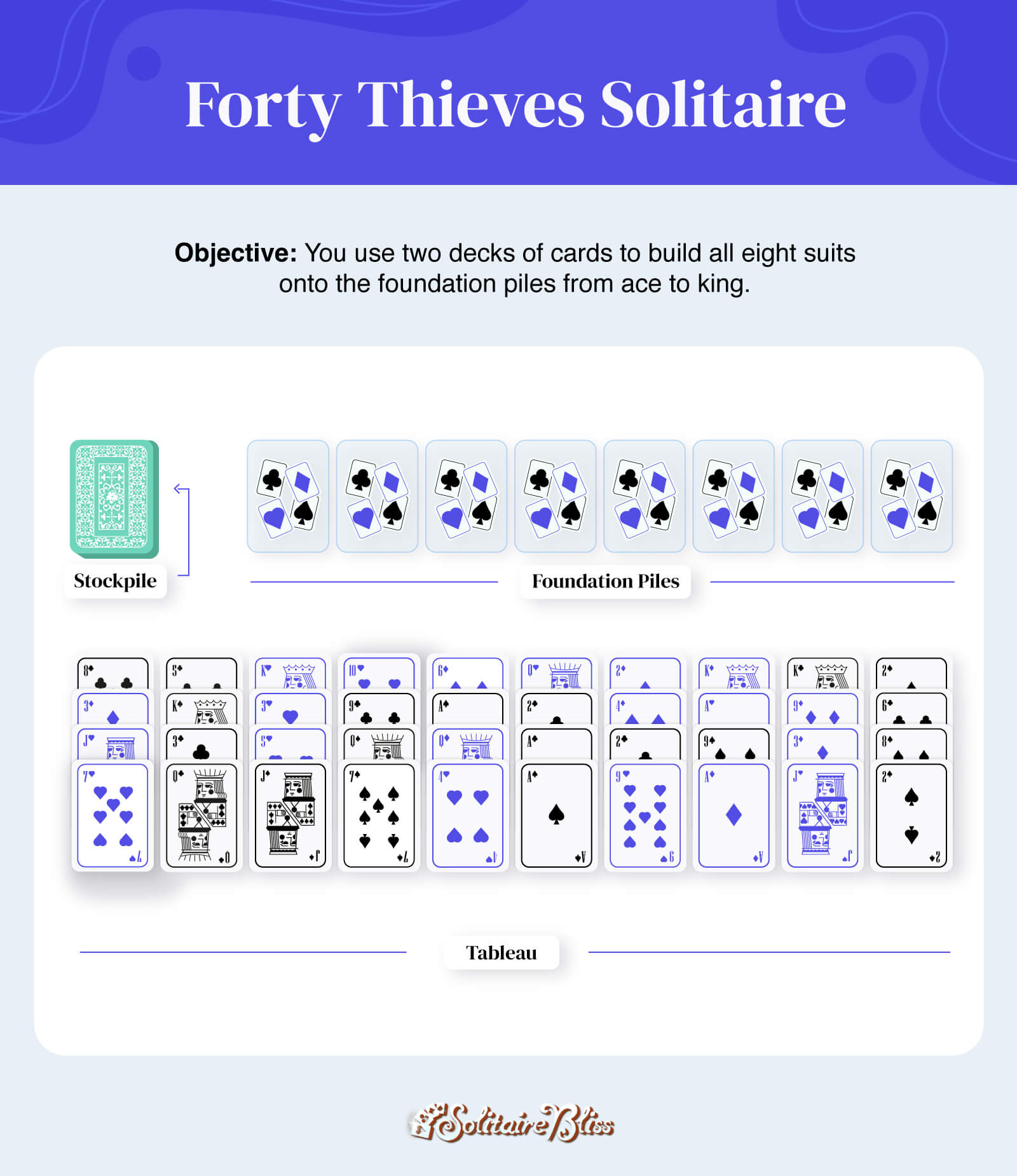 Although you can play Spider Solitaire at varying levels of difficulty, with one suit considered the easiest and four suits considered the most difficult. Generally considered a complex game suited for intermediate players, Spider Solitaire, like Forty Thieves, uses two regular decks of cards and shares the end goal of building eight foundation piles by suit from the tableau. 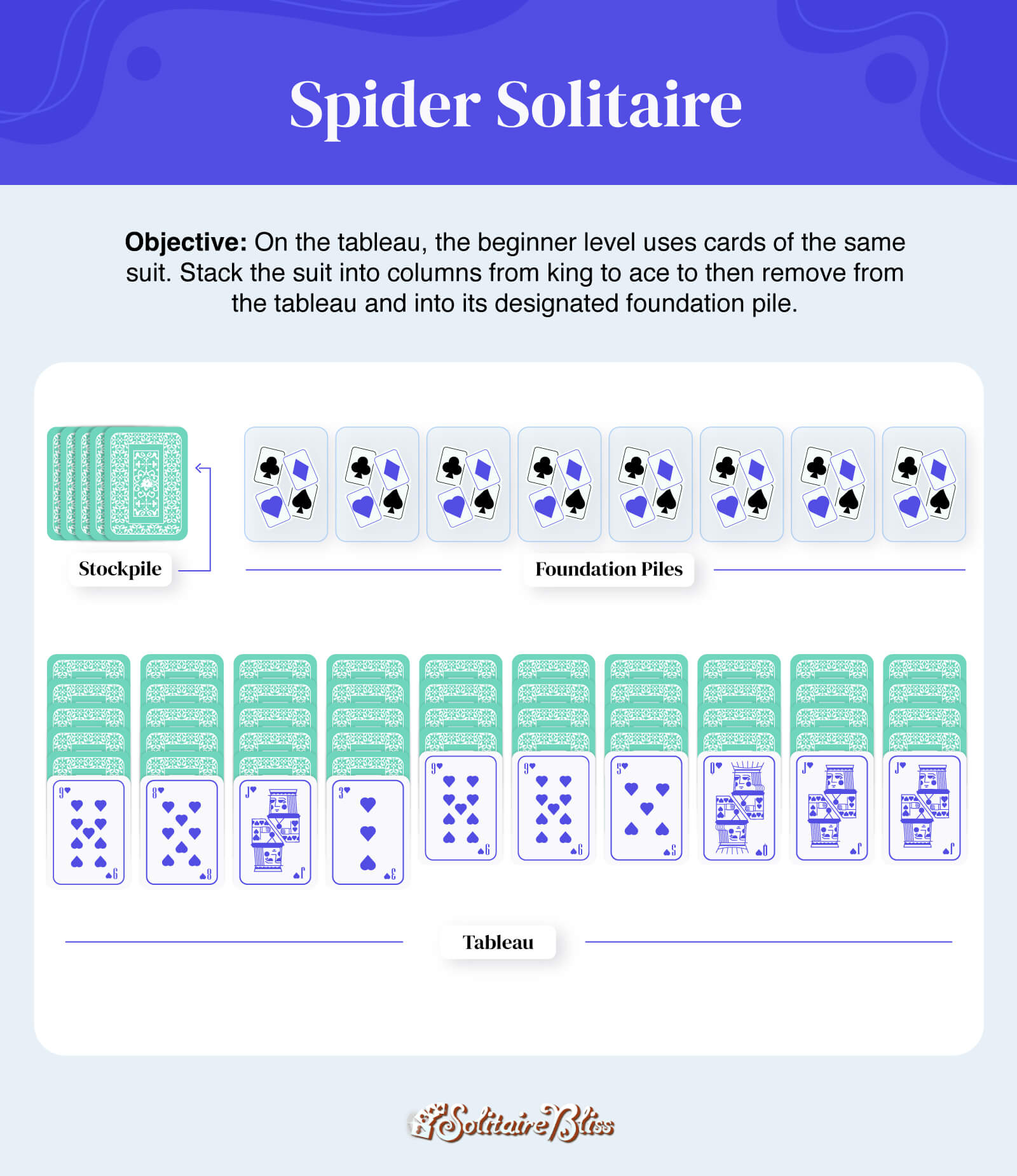 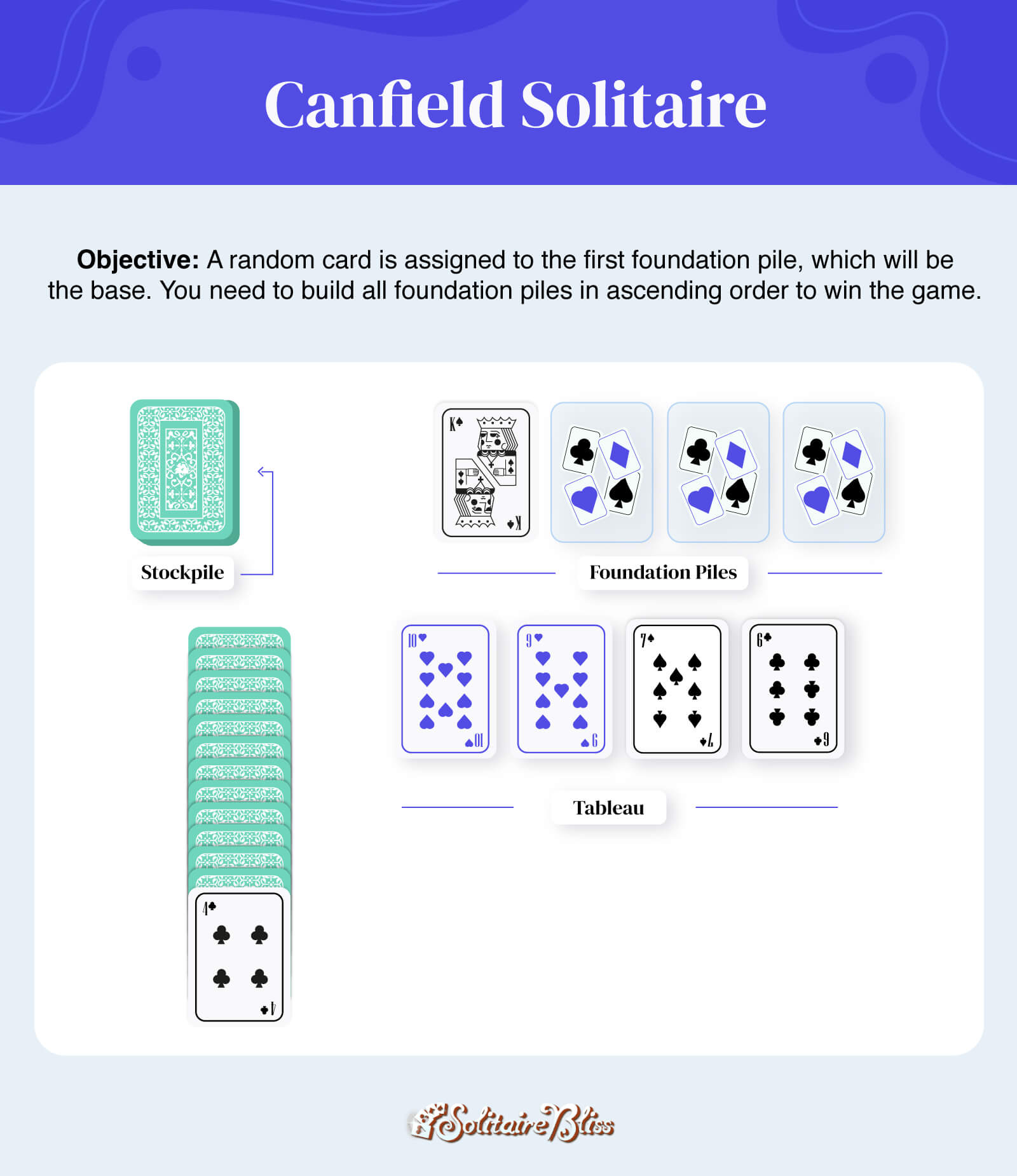 If you want to shake up your Solitaire game, SolitaireBliss makes a great place to start. With so many versions of Solitaire in one place, you can play as long as you want without ever getting bored.