Report: Here’s What It’s Like to Date a Gamer 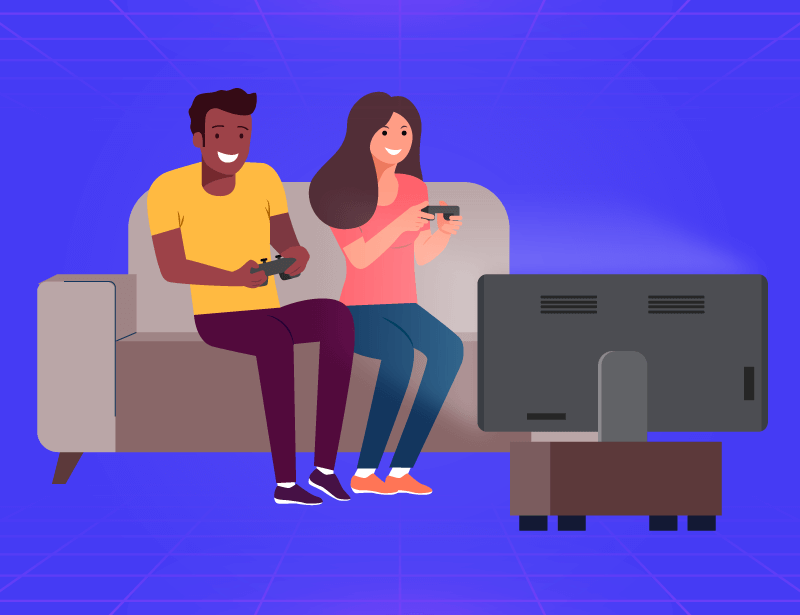 Report: Here’s What It’s Like to Date a Gamer

Since the age of Pac-Man, Pong, or Solitaire, people have enjoyed playing video games for fun. Now, with the rise of high-quality graphics, virtual reality and online multiplayer games, it’s become a full-blown video game obsession, leading some people to identify as gamers.

Gamers are known for spending a lot of their time and effort on video games, so we were wondering—what’s it like to date a gamer? Does gaming affect their relationships? To find out, we surveyed 1,006 gamers and 863 “gamer-daters,” or people who are or have been in romantic relationships with gamers.

Want to know what it’s like to date a gamer before you take the plunge? Read on to find out! 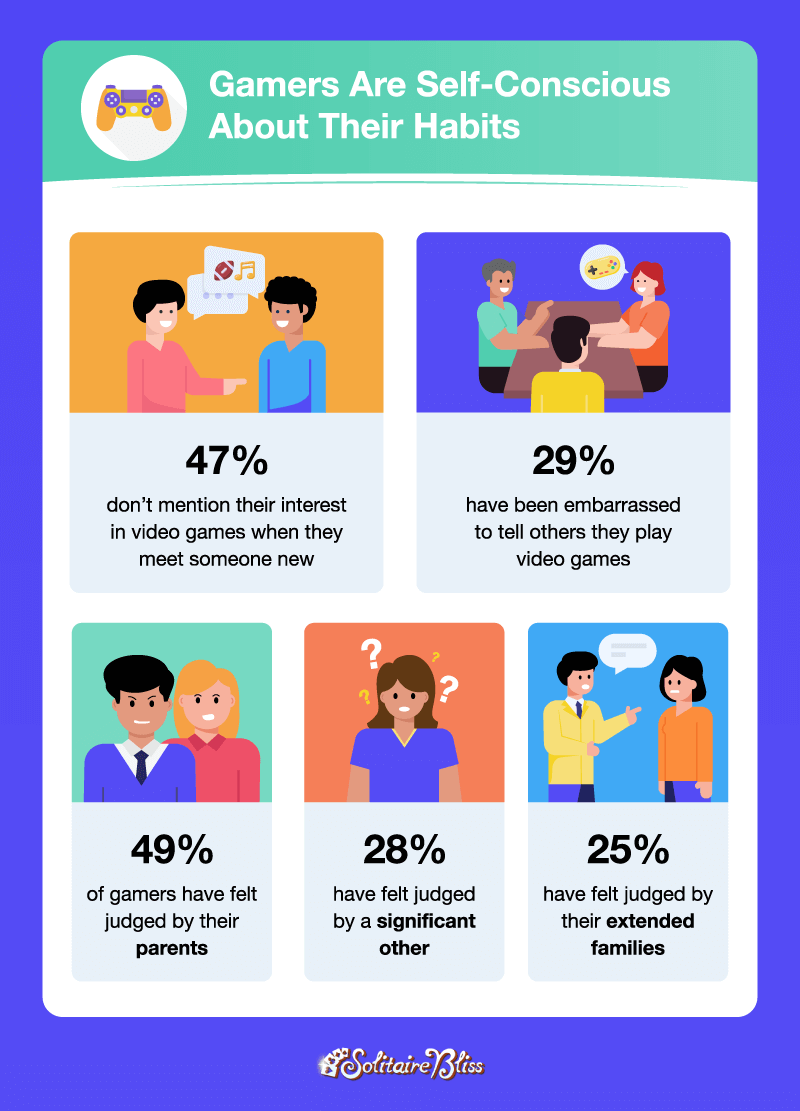 Many gamers are self-conscious about their habits

With the massive popularity of video games, you might think gamers would feel free to talk about their hobby. But our survey found that the opposite was true, with many gamers reporting that they’ve felt judged by important people in their lives.

Additionally, gamers aren’t keen to mention their hobbies to anyone, with only about half (53%) of our gamer respondents saying they would mention their video game interest upon meeting someone new, and nearly a third (29%) saying they’ve been embarrassed to tell someone they play video games.

Nearly 1 in 3 gamers (29%) in our survey report that it’s hard to date non-gamers. It’s especially true for female gamers, with 40% saying it’s much harder to find love with a non-gamer. But why is it difficult for gamers and non-gamers to get along? Simply put, it’s because non-gamers don’t understand the gaming lifestyle.

Of the gamers we surveyed, 43% state that non-gamers just don’t understand their interest in gaming, with 56% of female gamers struggling with this disconnect. Our gamers also say that non-gamers have different priorities than they do (30%) and get angry about time spent gaming (27%).

Gaming can be a wedge in relationships

Gaming takes up a lot of gamers’ time — so much that, in some cases, it interferes with other priorities in life. Nearly half (45%) of gamers say their gaming habits have made it hard to do household chores, and almost a third (30%) of gamers admit they've made it hard to pay attention to people around them

The gamer-dater perspective gives us even more insight into what relationships with gamers can be like — and, overall, our findings trend pretty negative. A majority (54%) of those who have dated gamers have been frustrated by how long they've spent watching their significant other play.

Gamer-daters also report that their significant others who are gamers neglected responsibilities, both to their relationship as well as other major areas of life. Nearly 2 in 3 say their significant other has gotten caught up in gaming and forgotten a promise. They also state that their gamer has skipped cleaning (59%), cooking (41%), outings with friends (34%), personal hygiene (26%), school work (23%), family gatherings (21%) and work (16%) in favor of gaming.

Things aren’t much better in the bedroom, with about a quarter (22%) of gamer-daters saying their significant others have been more interested in gaming than sex.

While letting these things fall to the wayside could just mean a person is inconsiderate, this could also point to something more troubling. Of the gamer-daters we surveyed, many share concerns about how gaming affects the health of their significant others. Of those who have dated gamers, 37% say gaming has had a negative impact on the physical health of their significant others and 38% say it has had a negative impact on their mental health.

Many gamers are willing to change for their loved ones

Even though many gamers are dedicated to their games, many are willing to change their playing habits for someone they love. Of the gamers we surveyed, 72% say they would play less if their partner asked—even the super serious gamers. Of those who play games every day, 70% said they would reduce gametime for a partner.

Just like anyone else, gamers need love too. But if you find yourself falling in love with a gamer, you may be getting yourself into a different dating experience than what you’re used to.

Looking for a fun way to connect with the gamer in your life? Try a game of solitaire at SolitaireBliss—maybe you’ll become a gamer too!

Methodology: Survey among 1,006 gamers and 863 “gamer-daters,” or people who are or have been in romantic relationships with gamers.