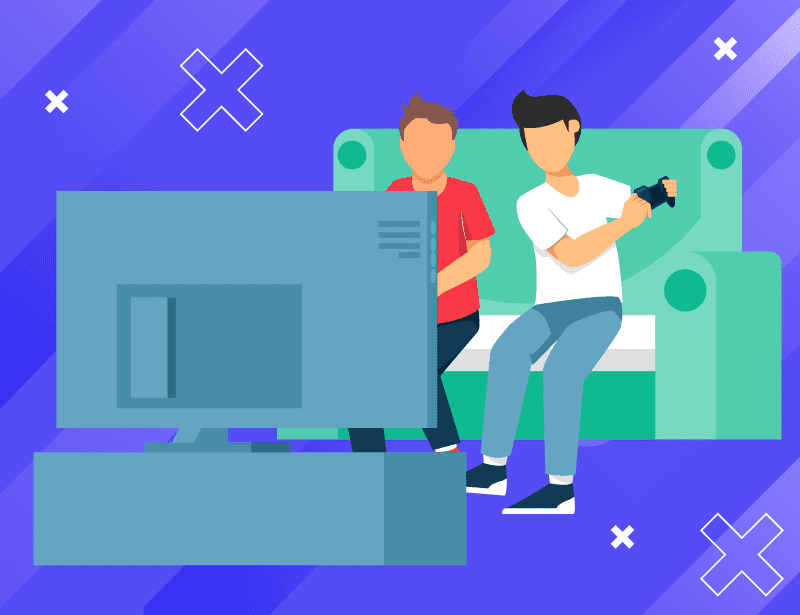 Games are a timeless source of entertainment, and they’ve had quite a boon in the past two years. From board games making a major comeback to much-anticipated video games hitting the market, there are seemingly endless choices when it comes to playtime. There’s something for everyone in the world of games; in fact, the Entertainment Software Association recently reported that 2 in 3 Americans play video games regularly.

To find out more about what they’re playing, we asked over 2,000 gamers across the country to tell us about their video gaming habits on phones, consoles, and computers.

The Most Popular Video Games in America

First and foremost, we wanted to find out what gamers can’t seem to stop playing. We found 6 in 10 play puzzle games like Candy Crush, and more than 4 in 10 play digital card games, action games, and role-playing games.

The five most popular game types are:

It’s no surprise, then, that Candy Crush and Solitaire are the most popular video games in the country. Gamers’ other favorites are Animal Crossing, Sims, and Fortnite.

The States That Play the Most Video Games

In some states, gamers spend up to 17 hours per week playing video games across devices—that’s just over two full work days. The five most gaming-obsessed states are: 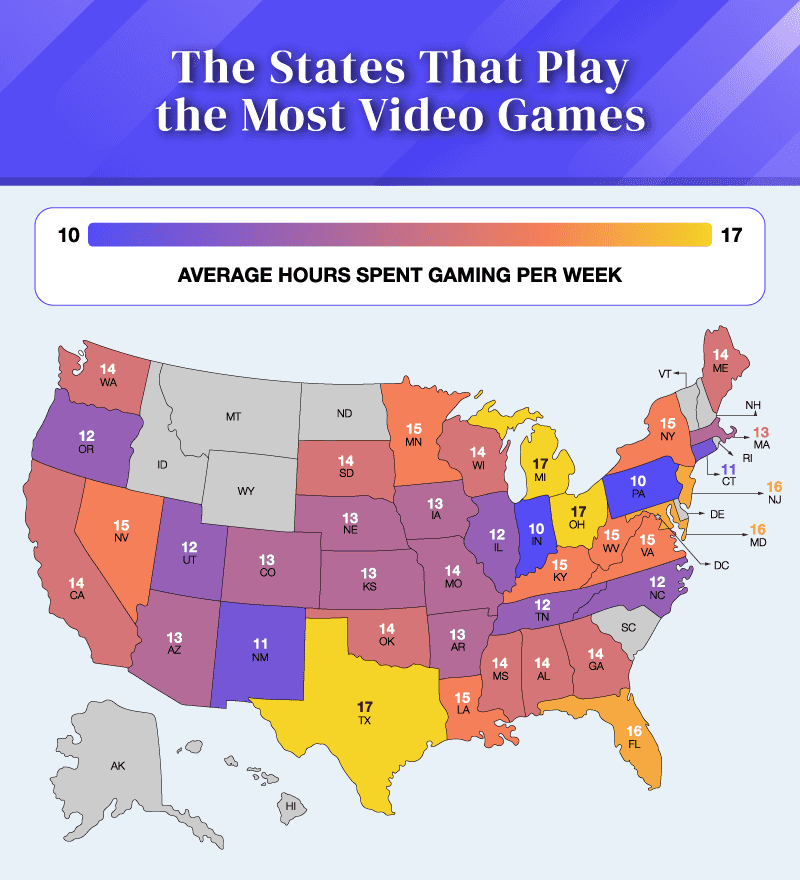 With consoles and smartphones constantly changing, you have a variety of ways to play video games these days, so we asked gamers which types of devices they use most often. If you’ve ever played Wordle or Candy Crush, you know phone games can be especially hard to put down—we discovered 42% of gamers play on their phones daily. Nearly 4 in 10 (39%) play on their consoles every day, and just over a quarter (26%) play on their computers.

Who Has the Biggest Video Game Obsession?

So we know where gamers are logging the most time, but what are they sacrificing to keep playing video games? For dedicated gamers, sleep is the first thing to go: 72% have sacrificed sleep to play video games a little longer. The five states most likely to stay up to play are:

For serious gamers, food isn’t always a priority: 40% of gamers have skipped meals to keep playing. The five states most likely to forsake food are:

When they run up against gaming sessions, social plans don’t always win. Just under a third (32%) of gamers would cancel plans with friends or family to keep playing video games. The five states most likely to cancel on you in favor of more game time are: 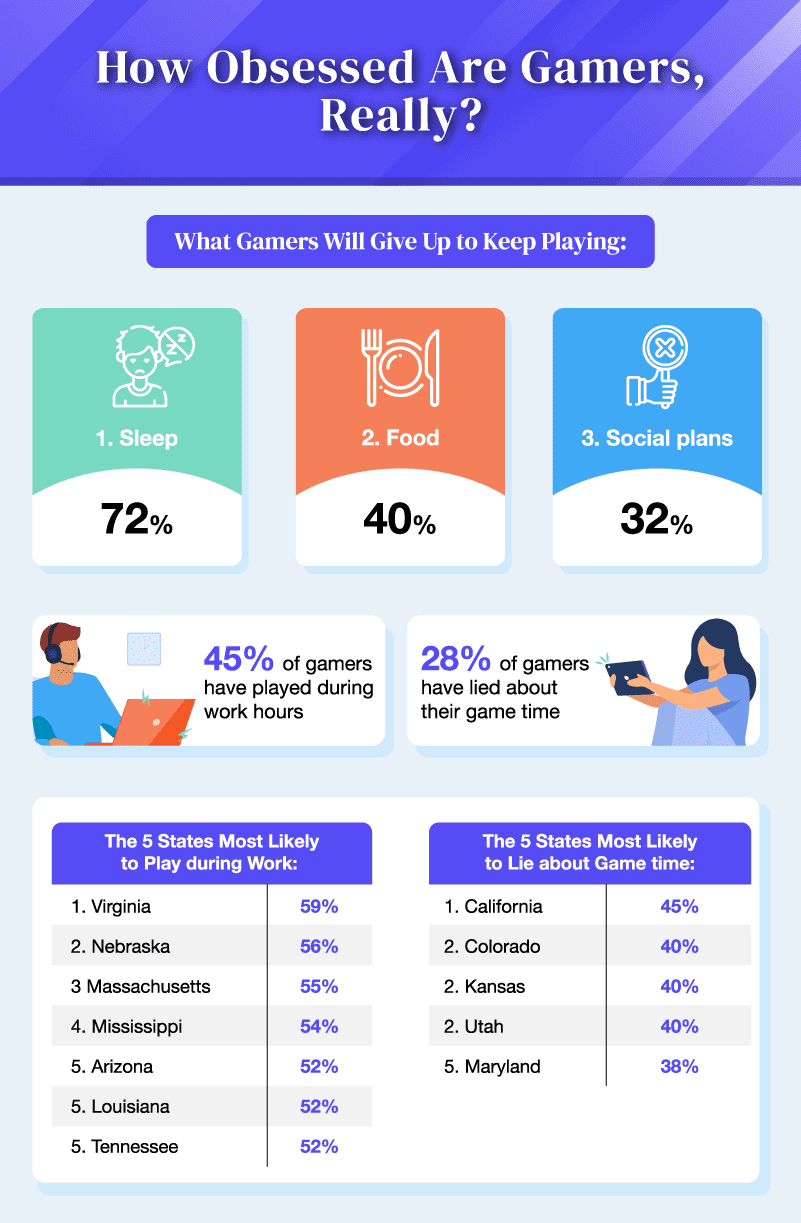 For some gamers, even guilt-free dessert isn’t as tempting as a good video game. Of the gamers we surveyed, 30% would choose one more hour of video games over daily dessert with no health consequences.

We also found 45% of gamers have played video games during work hours. Gamers in Virginia are most guilty of playing when they should be working, with nearly 2 in 3 (59%) saying they’ve played during work.

Of course, gamers don’t always want to admit just how much time they’ve spent playing. Nearly a third (28%) of gamers have been dishonest about just how long they spent playing video games on a given day. Californians are the most deceitful: Nearly half (46%) of gamers in the Golden State have lied about their game time.

Interestingly, we found men are willing to make more sacrifices for game time than women. They are more likely than women to:

If you want to get in on the action, your phone or computer is a great place to start. You can find plenty of fun games you can play online—check out our game guides to make the most of your time.

Methodology: We conducted a survey among 2,130 Americans from July 1–6, 2022. We analyzed responses from 39 of 50 states; 11 states were excluded from the state-by-state analysis due to low sample size. 45% of respondents identified as male, 54% female, and 1% nonbinary/prefer not to say.