Study Reveals What It Costs To Be Entertained in America 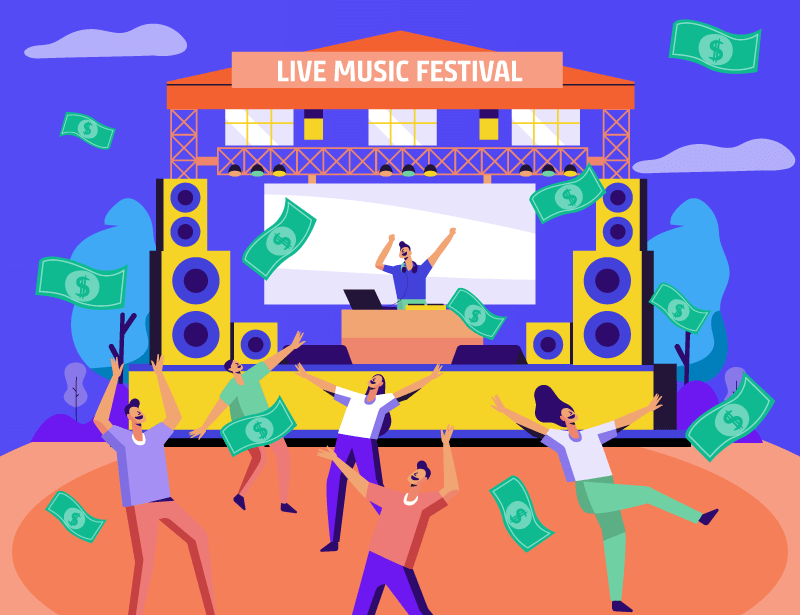 If you work long, hard hours at a demanding job, you know how important it is to have fun. But fun isn’t always free—in fact, entertainment is one of the top things Americans spend their money on.

This post details the activities different states enjoy most. Read on to find out whether your state prefers to get its entertainment through a relaxing night of playing Solitaire online or a weekend out on the town.

From sporting events and live shows to cooking classes, books, and gaming, everyone has a different definition of entertainment. Some people prefer a quiet night at home binge-watching their favorite series or playing games online, while others would rather attend a concert or spend a night out clubbing with friends. Still others may mix it up with a little of both to fill their entertainment tank.

To make sure we covered various preferences, we included 13 different entertainment categories in our survey, which can be broken down into three groups: in-person entertainment, media, and special events.

Here are the activities we considered:

States That Spend the Most on Entertainment

Utah (#1) topped our list of states that spend the most on entertainment and can certainly boast about being home to the Mighty Five national parks that provide a lot of outdoor options. Colorado (#2) and California (#3) also came as no surprise because both states offer so many options based on the categories surveyed.

New York, on the other hand, only made it to #8 and was outdone in entertainment by Maine (#4) and followed closely by a state planted firmly in the Midwest, Illinois ($10). Here’s our list of the top 10 most entertained states (with scores out of 100, based on the percentage of people who spend in each of the 13 categories):

Not only is Utah the most entertained state, but Utah has a lot of variety when it come to entertainment. It topped the list in 5 out of the 13 entertainment categories, with Utah residents spending the most of any state on:

Households Spend Over $2,000 on Entertainment Per Year

Although nearly 3 in 5 Americans (59%) have had to decline doing something with friends or family because of their budgets, our respondents definitely prioritize entertainment dollars on streaming services and live TV because it’s the last place they plan to cut spending. Still, entertainment costs money, and we took a look at what they spent over the last year.

We also found one state that spends significantly less on entertainment than the national average—about $1,000 less. In addition to being #3 on our list for the least entertained state and the fifth hardest state to be entertained in without spending money, Kentucky also spends the lowest amount on entertainment of any state, with an average of $1,643 per household. 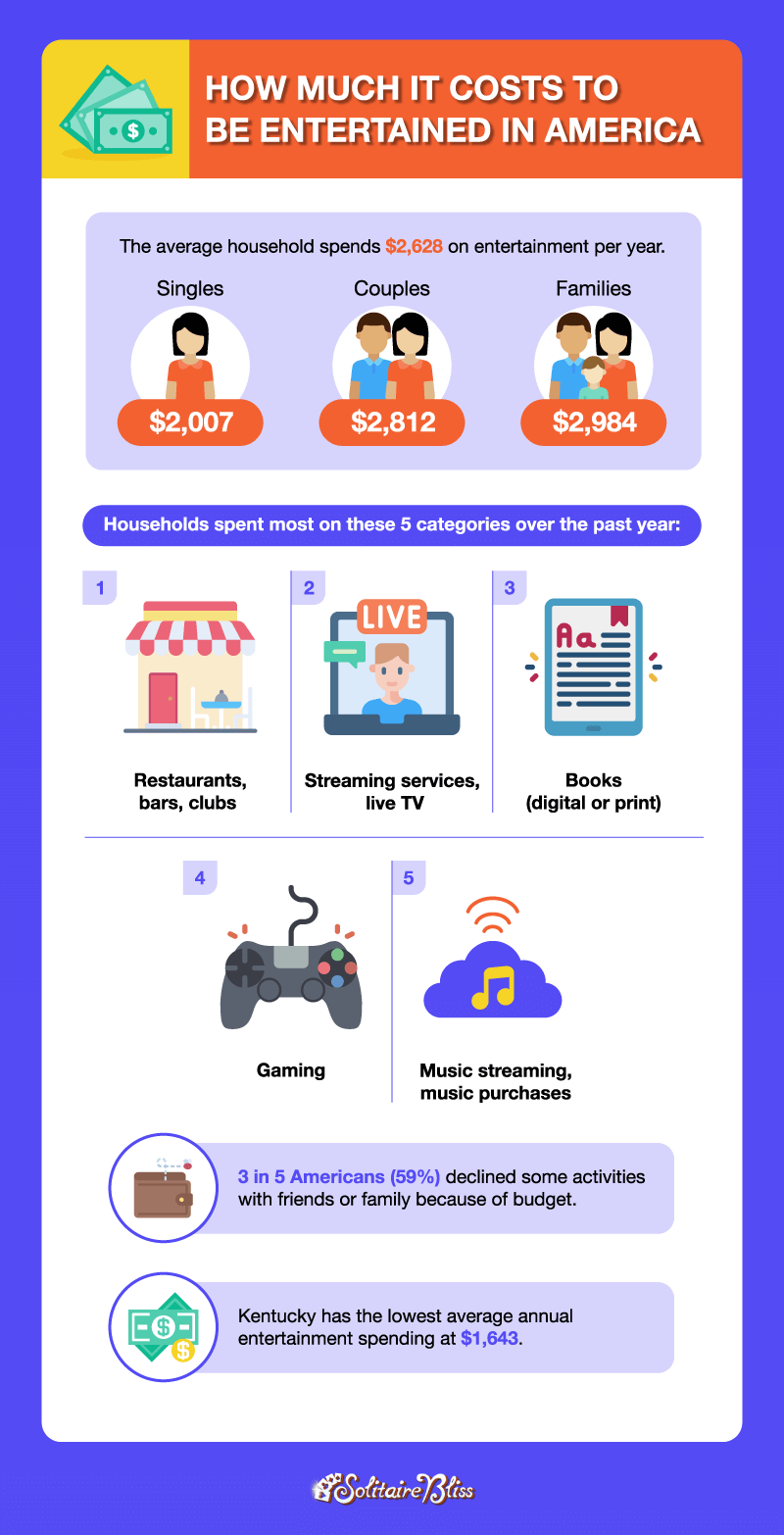 When it comes to where Americans spend most of their entertainment dollars, we were curious which categories would top the list. Of our 13 categories, we found what American households spent the most on over the past year. The the top 5 forms of entertainment included:

Where Americans Cut Spending in 2022

The state of the economy impacts many areas of our lives, and we’ve all felt the impact of inflation this last year. As we tighten our purse strings to afford essentials like food, utilities, and gas, unnecessary expenses like entertainment tend to fall to the wayside.

However, inflation hasn’t stopped Americans from entertaining themselves—inflation has just changed how we spend our money. According to our survey, here’s what the average American spent less on than they usually would this past year:

As Americans opt for different, more affordable or worthwhile forms of entertainment, spending in other categories increased. Here’s what the average American spent more on than they normally would this past year:

How Americans Plan to Adjust Entertainment Spending in 2023

Though the old saying goes, “the best things in life are free,” sometimes it just feels better to be able to kick back, relax, and watch a movie. Entertainment spending might seem a little excessive for the budget-conscious, but we all need to have a little fun once in a while, and we all deserve time to just enjoy our lives.

But having fun doesn’t have to break the bank. If you’re looking for an easy way to entertain yourself for free, SolitaireBliss has you covered. With 30+ different games like Solitaire to play for free online or on the mobile app, you can always have something fun to do, anytime, anywhere.