Riddle me this: What should your next move be in a standard game of Solitaire?

What happens if you uncover the heart 6 a few moves later? Where can you place the heart 6?

The answer is nowhere because you have already played the diamond 6 on the black 7.
You have clogged the board and restricted the number of options you have.
The idea is to value each card in the stock and only use it when it allows you to turn over a card on the board.
A better play would be to bypass the 6 and turn over the next card, specifically looking for a red 7.
A red 7 would go on the club 8 and allow you to put the spade 6 on the red 7.
That would give an open column that would allow you to play a red K from the stock and the black Q on the red K, uncovering another card.

The strategy is: Never play a card to the board unless it leads to turning over another card on the board.
There are exceptions that we will get to in a future column.
This leads you to a basic premise in Solitaire:
Your goal is to turn over cards on the board
Doing this will lead to winning Solitaire at a high rate. Always keep this in mind when making a Solitaire decision. 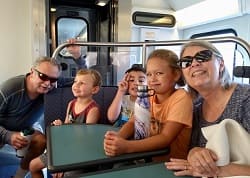 Larry Leskiw has enjoyed playing cards his whole life. He enjoyed Spades and Hearts as a kid and started playing Bridge at Berkeley where he received a degree. He soon became a Life Master in Bridge during his 20's. He taught Math for 32 years and thoroughly enjoyed his AP Statistics classes where his students could earn college credit. He now enjoys spending time with his wife Phyllis and his grandkids Riley, Rudy, and Ty. Oh, and playing on SolitaireBliss :-)